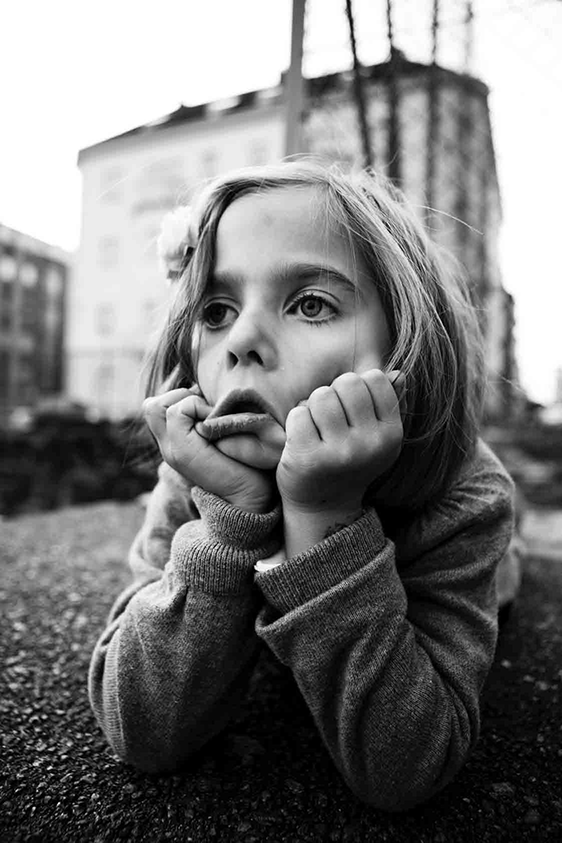 Thanks to the work of Roxane Gay and Deborah Francis-White, phrases like ‘bad feminist’ and ‘the guilty feminist’ are now well-known in feminist circles. But what does it mean to be a bad feminist and how can we practice bad feminism well? I decided to ask two feminist women who work in the field of gender equality, in two completely different contexts, to find out.

My colleague, Erica Berthelsen, is the International Programs Director for One Girl, a not-for-profit that harnesses the power of education to drive change for girls and their communities. Zoe Condliffe is the Founder and CEO of the feminist tech company, She’s A Crowd, using crowdsourced data to make cities safe for women. When the three of us sat down for a beer in the sun together, that magical thing that happens when women get together occurred — we began to share our stories, our perspectives, and our flaws. We began to be vulnerable.

We talked about how women are expected to be perfect all the time, and feminists are no exception, often holding each other to similarly unreasonably high standards. Before long, we were sharing stories about working in the field of gender equality and how we, as ‘bad feminists’, navigate that. The rhetoric of ‘bad feminism’ has become an important way for feminists to playfully critique the way we are held to a standard of perfection, while also having a conversation about the more insidious ways patriarchal society can turn women against each other — often without us even being conscious of it. We only need to look as far as Bettina Arndt to see an extreme example of a woman who has turned against other women.

But let's take a moment to consider — what does using the label of bad versus good feminist actually say about us? Ironically, in a movement created for the purpose of equality, we are judging each other’s ability to be an upstanding member of the club. In this way, we push against diversity and ask for uniformity in what should be a uniting force. In doing so, let's remember that this very judgment of ourselves and others is learned social behaviour that typically affects those identifying as women, and can contribute to fuelling this inequality.

We all agreed that we need to deconstruct the systems that turn women against other women in order to build a strong feminist movement. But to do that, we must also look inside ourselves, and examine our own tendencies toward internal bias. Because none of us are immune.

The lazy assumption of how bias works

To illustrate this point, Erica told us about a time in Sierra Leone when a woman she was working with looked her in the eye and stated that all women are lazy. “I almost fell off my chair,” Erica said.

In Erica’s mind, women in Sierra Leone are the furthest from lazy. Many of these women get up every day before sunrise to fetch water, prepare food and care for their families, before they begin a full day of — often unpaid — work. In many rural towns in Sierra Leone, women and girls are always working. If a woman wants to socialise, it must be during her other 'chores'; for example, while at the water source or while selling at the market.

Men in Sierra Leone, on the other hand, have designated time for leisure, which increases as they age; women’s personal time diminishes over time.1 But this unequal distribution of paid versus unpaid labour is not isolated to lower-income countries. Even in Australia, census results showed that women, on average, do 14 hours per week of unpaid labour compared to men, who do only five.2

The fact that a woman could look Erica in the eye, firmly believing that women are lazy despite the gruelling labour she completed every day, got Erica thinking — what myths are women in Australia internalising and telling each other as gospel? What are we missing? And how can we correct this false lens put upon us by the patriarchy?

Are our views actually our own?

At this, Zoe told us about her first ever International Women’s Day appearance. She was 23 and speaking on a panel for Women in Rotary. The theme was ‘work-life balance’ (a very popular topic for panels all over the country in the ‘lean in’ era of feminism) and she was supposed to be giving the youth perspective on the matter.

“I knew when they said work-life balance, they didn’t mean: ‘Zoe, tell us how you balance the rigours of university with your busy call centre job!’” she laughed. “They meant babies.”

Not having any children, Zoe decided her angle would be to explore the ways young women might preemptively limit themselves or rule out certain careers due to the possibility of becoming a mum one day. She announced to the room of two dozen round tables, each decorated with bouquets of pink balloons: “I’m 23 and I don’t want to have kids for another 10 years, at least; and yet I still think maybe I’m holding myself back in my career because I’m worried about what will happen if I do become a mum.”

At question time, a man in the crowd put his hand up and asked the only man on the panel to comment on whether 33 was too old for women to start having babies. Zoe waited patiently for the men to finish discussing her reproductive choices and, just as she was going to grab the microphone to weigh in, the female moderator announced that time was up. Zoe said she felt humiliated: it was International Women’s Day and men were still speaking on her behalf. But this wasn’t what really floored her. After the discussion, two women came up to her and asked which man in the room was her partner. After she pointed him out, they said to her, “Good. He’s handsome. Have kids now; your career can wait ‘till later.”

To receive this advice from women who had just sat through an International Women’s Day discussion just made us all feel … sad. Sad that women still give each other these pieces of advice, as if they come from us — as if they aren’t deeply ingrained ideas designed to keep us all in our place, to control our choices, and to best serve the patriarchy.

When a man speaks on our behalf, we often revert to their truth and we question our own. And even when we believe we are rebelling against these male-centric rules, we are often simply adopting male characteristics we’ve been taught are the only way to be respected or be accepted in positions of leadership. Jennifer Palmieri wrote in Dear Madam President: An Open Letter to the Women Who Will Run the World: “When it comes to pleasing the masses in a patriarchal society, women seeking power can’t win playing by the old man-centric rules. This is why we should stop expecting to find ourselves reflected in our country’s history and models of power, and write our own story.”

Women can be bosses — and bloody good ones too. Bosses that lead, bosses that care, bosses that listen, and bosses that bring people together. Bosses that have babies if and when they want to. It doesn't mean putting on an ill-fitting suit, making directive draconian decisions, interrupting when others are speaking and oozing sickening amounts of confidence. Those of us who don’t identify as a cis-heterosexual, able-bodied man, can — and will — show that we bring value that is different. We can use power to lift up others and nurture leadership, self-esteem and confidence in individuality.

At One Girl and She’s A Crowd, we've seen this happen. When we bring girls and women together, we form formidable forces of collective power. We see flowing interactions rippling out to effect change that doesn't benefit one person, but a collective. This International Women’s Day let’s think about how we can give more space to women and girls to define our own narrative — to be bad, guilty, imperfect, unique women, mothers, bosses and feminists.

If you fancy yourself a good 'bad feminist', why not consider taking some action? You can share your story at She's a Crowd or Make a Donation to One Girl's programs that elevate the voices of women and girls everywhere!

Photo by Henrikke Due on Unsplash.

One Girl is a not-for-profit working to harness the power of education to drive change for girls and their communities. They tackle the main barriers to success for women and girls like access to quality education; female role models; health and menstrual hygiene; sexual rights; safe relationships; respect for girls and gender equality. They challenge traditional gender norms and practices by elevating the role and status of women and girls through their unique girl-led approach to programs — so that women and girls are at the epicentre of their own stories.

She’s A Crowd is building the biggest database for the prevention of gender-based violence. Because the people in power need to know what’s really going on. They provide a platform for stories to go into a secure and anonymous database and they will use it when important decisions need to be made about the future of the areas we live in. The stories we share help them provide insights to decision-makers about our cities, spaces, schools and communities. They help provide an evidence-base to inform real change.

We acknowledge the First Nations People of Australia as the custodians and traditional owners of the land from which we advocate for improving access to quality education for girls around the world. We pay our respect to Indigenous Elders, past, present and emerging, and acknowledge and uphold their continuing relationship to this land. This is, was and always will be Aboriginal land.