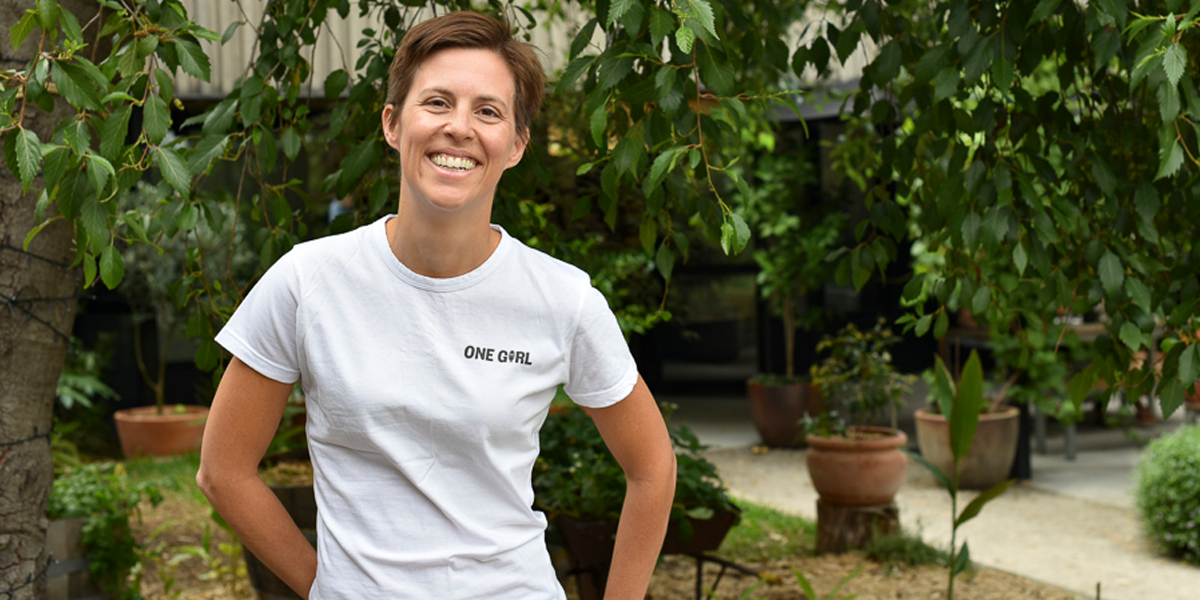 Reflections of a young, female CEO’s first year in a job traditionally held by men and seemingly dominated by ambition. Our CEO, Sarah Ireland, was recently named one of ProBono Australia’s IMPACT 25 most influential people in the Australian social sector. Look smart, sound impressive, be one of the boys and kiss your life goodbye. This was what went through my mind when I thought about what being a CEO would look like. Apart from the fact that it didn’t seem like much fun OR something I felt even remotely qualified to do – it definitely was NOT the kind of person I was interested in becoming. But every time I saw the job ad, the voice in my head kept niggling at me … kept saying, ‘look again’, ‘just read over it one more time’ and then of course, ‘you’re not a CEO, don’t be ridiculous – keep scrolling, Sarah’. Right up until the night before applications closed I doubted myself, and then I thought ‘Actually, why can’t I be a CEO? I have the experience; the job and the organisation look great; and I’m really, REALLY passionate about girls’ education’. So almost against my better judgement, I applied. And a few months (and many interviews) later, I walked into the office in Collingwood, Melbourne, and introduced myself as CEO to the team I’ve now worked with for the better part of a year. It’s been a wild, amazing, incredibly rewarding ride; but here’s what I’ve learned about the role. What I think I bring to it, and how crazy assumptions can trip you up and mean the difference between getting your dream job or bowing out before you even begin ...

Leadership is a team sport

Over the past 18 months One Girl said goodbye to a lot of staff who had been with the organisation almost since it was founded. This meant that we lost a lot of ‘One Girl’ experience, but it also allowed me to invite fresh perspectives and renewed enthusiasm for the next stage of the organisation’s growth. I was able to surround myself with people who were more experienced and knowledgeable in their particular fields than I was, because you can’t know everything, and it turns out no-one expects you to! Time and time again as we’ve celebrated a win, it’s been because our programs team delivered insightful evaluations, our communications team produced powerful stories or our fundraising team put on a really engaging event! Yes, sometimes I’ve been the one on the radio or standing out front at that event, but it was a team effort that got me there and gave me fabulous things to talk about. Without this team, I am Sarah Ireland. With them, I’m Sarah Ireland – CEO of One Girl.I’ve worked hard to create a space where everyone feels safe to speak up, present ideas and challenge others. And it’s in this space that the entire team is able to push me to reflect and grow continuously, and I’m learning to be a better leader because of them. Steve Jobs once said, ‘It doesn’t make sense to hire smart people and tell them what to do; we hire smart people so they can tell us what to do’. I hear you, Steve. 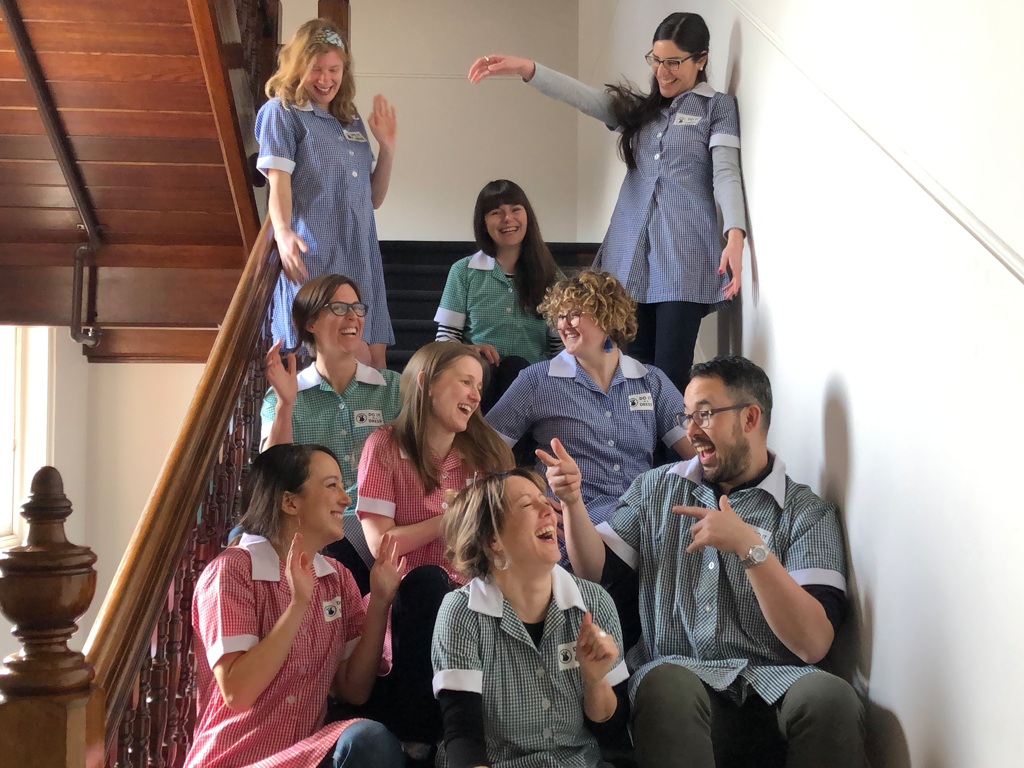 One of the first things I did was to hone in on our values and our core mission – we were all relatively new and we needed to get excited about what we were here to do. So, together we came up with the real soul of the organisation. Our reason for getting out of bed. Our driving principles, beliefs and philosophy. Our identity. Putting effort into getting this right was really important for the organisation and to galvanise our team, but also to make sure we didn’t just forget them. Throughout the year, I’ve dedicated a lot of time into embedding these values into our daily work – using team meetings to reflect on examples of how we have ‘lived’ our values, integrating them into staff performance reviews, and making sure they’re at the heart of our new strategy. It’s a work in progress, and maybe always will be because we are forever learning. But I believe that creating a values-based organisation that ‘walks the talk’ is what sets us up for success and more importantly, what gives us heart. So while processes, systems and reports are important, so was creating a work culture that everyone loves being part of, where individuals feel supported, and that works for people’s real, human, personal lives. Designing and implementing flexible work practices and working with my team to bring in progressive policies is something that I am still working on; but even embarking on this journey is showing the team how important their work/life balance is to me, and to the organisation. After the Christmas break, one of my team said that it was such a nice feeling to be simultaneously enjoying the holiday while also really looking forward to the return to work. This statement — above nearly everything else I heard all year — filled me with pride in my work and I thought, ‘now we’re definitely on the right track’! But the challenge now comes with embedding the values and culture into the very fabric of the organisation. It shouldn’t matter if I’m there or not – everyone is a leader when it comes to setting the example and highlighting the behaviours that allow new ideas to flourish, difficult conversations to happen in a constructive and kind way and successes and failures to be celebrated. 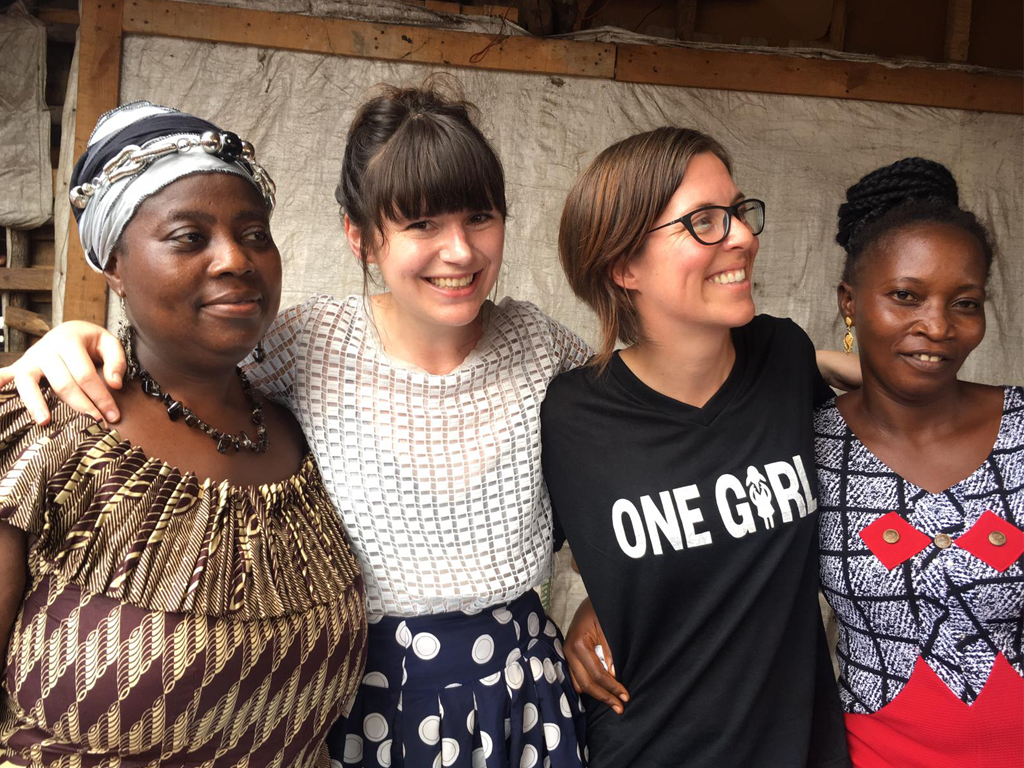 Being a CEO is lonely

I had no idea. I didn’t realise how lonely the CEO role can be. Everyone around you is a direct or indirect report and your own supervisors — the Board — aren’t there every day. There’s no-one to give you advice on the right approach or to give you real-time feedback. Unlike other positions I’ve held, in the CEO position, there are very few people to confide in. Instead, you carry the responsibility and pressure and you appear calm for employees, to consistently deliver results, and to be accountable to all. I’ve tried to make time to reach out to other CEOs or people with similar roles in my sector, and I now have a mentor through an organisation that sets up confidential and free mentoring relationships for CEOs of charities and not-for-profits. I hope to expand my network of other CEOs in 2019 so I can learn from them and share my knowledge, but also find support through a like-minded group of people. I’ve found that as CEO, it can seem impossible to ever feel ‘done’ with work. So I’ve taken my cue from leaders like Sheryl Sandberg, COO of Facebook, and President Obama who have both said that they always make an effort to be home for dinner. They have said that this seemingly simple act allows them to create boundaries between work and home life, which is the only way this works. I’m the mother of a toddler who doesn’t understand that life exists outside of her own orbit (quite rightly), and I always try to be home in time to put her to bed and make sure that when we’re together, I’m not working. But this has been really tough over the year, particularly in the first six months when the workload seemed overwhelming and insurmountable, the loneliness seemed even more stark, and when I felt that if I didn’t work 12-14 hours a day, then I’d be letting my team down. But someone once told me that work can be like an empty suitcase before a trip. The bigger the suitcase, the more you’re going to pack, regardless of whether you need it. So when my workload gets a bit much, I try to remind myself of that. That there is always more work I can pack into my ‘suitcase’, but that I probably don’t need it all for this ‘trip’ … it’s important sometimes to go and watch some Netflix instead!

There is strength in doing things differently

When I was in Sierra Leone last year to visit our girls’ education programs, I couldn’t get over the number of girls and young women who said that they were studying so they could become a CEO – just like me. Growing up, my view was that CEOs were men. Generally white and middle-aged men. Generally high-flyers with BMWs who traded on the stock market before they brushed their teeth in the morning. I think one of the reasons I wasn’t going to apply for this role was because, at least subconsciously, I didn’t fit the traditional CEO mould. But over this year I’ve realised that’s what gives me an edge. I have a different set of experiences and perspectives that make not fitting into this traditional CEO construct a strength! I believe in values-based decision-making, and want my team to feel valued and respected; I try to be approachable at all times; I’m not afraid to ask for advice, and I am a woman. It’s 2019, so we’ve seen this before, but it certainly isn’t the type of CEO I grew up hearing about or (once upon a time) thought I needed to be if I wanted to succeed in this job.

So tell me what to do, remind me why I’m here, make me watch at least some Netflix, and get me home for dinner. -

Because I want girls and young women who hear me speak or read something I have written to be able to see themselves in my place. Imagine themselves in my chair. Believe that it’s possible. So the next young woman who looks at a CEO job doesn’t doubt herself, but launches herself into leadership with gusto – KNOWING she is enough. When I got the job, one of my friends sent me a text that said ‘Another lady is a CEO in the world – who knows where that might lead?!’ It’s true. Who knows?