The most notorious role model 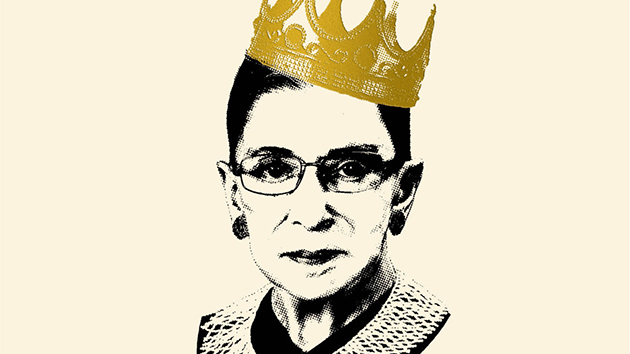 Last week, the world lost a gender justice giant in the tiny but formidable frame of Supreme Justice Ruth Bader Ginsberg. The Notorious RBG. If you’ve been living under a rock (and you’d be forgiven this year!), Justice Bader Ginsberg was an associate justice of the Supreme Court of the United States from 1993 until the 18th September, when she passed away from complications due to pancreatic cancer.

Bader Ginsberg was a powerful advocate for women’s rights and throughout her career, strategically worked to take down laws that discriminated on the basis of gender. She co-founded the Women’s Rights Project and, working as their general counsel, often picked male plaintiffs to illustrate that gender discrimination was just as detrimental to men as it was to women. She launched a calculated assault that made it all but impossible to refute the fact that the legal system, as it related to women, was built on an absolute falsity that women needed to be dependent on men (don't even get us started).

She inspired a lot of change and we have a lot to thank her for. She became a known force for change AND even a pop culture icon after she gained notoriety for her fiery dissents — a total badass.

This isn’t to say that Bader Ginsberg didn’t have a mixed record when it came to other issues like criminal justice, race and indigenous rights, but when it came to gender discrimination and abortion rights, she was a stalwart supporter and champion.

Her achievements and accolades are too many to list, but perhaps one of the most important things about Bader Ginsberg was that she was a very prominent role model for women everywhere.

Little girls, teenagers, young women, career women, mothers and grandmothers cheered her on and looked to her as proof that women could and did belong in the halls of power and in one of the highest offices of government.

She famously said “So now the perception is, yes, women are here to stay. I'm sometimes asked when will there be enough [women on the Supreme Court]? And I say when there are nine, people are shocked. But there'd been nine men, and nobody's ever raised a question about that.”

We love RGB not just because she fought for the rights of women and girls, but because her public role as a supreme court justice gave even more women permission to imagine themselves in positions of power. Because if we can see it, then we can be it.

This is a core belief that underpins a key element of our work with girls and communities in both Sierra Leone and Uganda. In addition to providing access to education both in and out of the classroom, we work to support and inspire future female role models and elevate the voices of women and girls. Because as Ruth said, women belong everywhere that decisions are being made.

In Sierra Leone, we work with the Ministry of Basic and Senior Secondary Education to provide untrained female teachers with full scholarships to complete their qualifications by distance education. It means these women are guaranteed paid employment with the Ministry after they graduate, and the next generation of girls has positive female role models to look up to.

Our community education programs to teach women and girls about sexual and reproductive health and rights and menstrual hygiene management are led by community members who have already completed the training, which completes the cycle.

Our program model is largely based on the cascading of knowledge that we know happens when you provide women and girls with access to education. It’s never just her that benefits; she’ll share that knowledge with her entire community and bring others along for the ride.

When women see other women paving the way for the future, they’re inspired to believe that they can do it too, and that’s incredibly important. As Michelle Obama so aptly put it, "No country can ever truly flourish if it stifles the potential of its women and deprives itself of the contributions of half of its citizens.”

Women and girls offer a perspective that is tuned to the unique challenges we face, and that cannot be overstated. Ruth Bader Ginsberg offered that perspective in the Supreme Court to make sure women were represented in that particularly high hall of power.

Her absence will be noted, but her gigantic presence will no doubt inspire a whole generation of women to carry on the torch and also become ... Notorious.