This legend is living the change he wants to see! 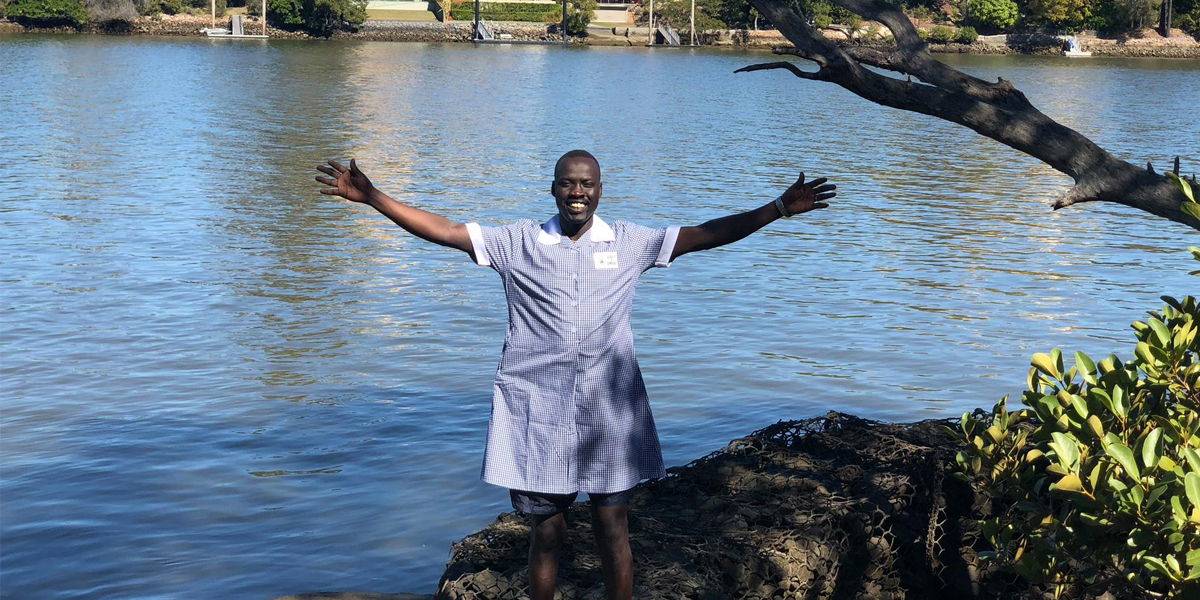 We all have the same amount of time each day. But there are people out there who use their allocation so effectively that they leave us mere mortals gobsmacked. Like Elijah Buol. He’s built an extraordinary life - and he was one of our incredible One Girl Ambassadors in 2018! When Elijah arrived Australia, he was just 17 years old and completely on his own. As one of nearly a million children displaced by conflict in South Sudan, he’d lost both parents at 9 years old and spent several years in a refugee camp. But today — four university degrees (including a law degree) later — he has used every opportunity he has been given to become a highly respected community leader who advises government and authorities in his home state of Queensland. It would take the rest of this article to list the organisations Elijah is involved in, the communities he’s helped, the awards he’s received, and the impact he’s made – particularly for young African people settling in Australia. Talk about living the change you want to see! Oh – and he’s also a leadership consultant. And the father of four little cuties. 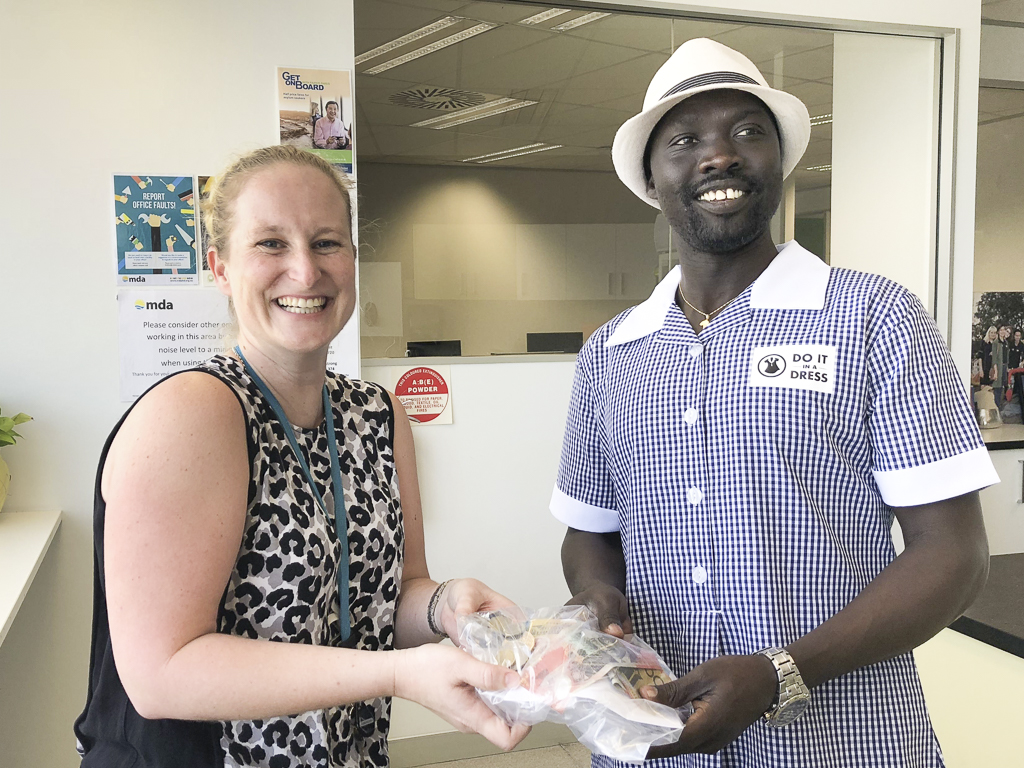 Elijah discovered One Girl when the head of a community organisation asked him what he’d do with a donation if they decided to support him. “I told her I’d come back to her on that. I went to Google and found One Girl and read about what you were doing and where you were working. And then I asked a lot of questions. Why Sierra Leone and Uganda? Why girls? Why work the way you do?” He liked what he heard! As someone who has completely transformed his own life through education, Elijah was totally on board with our mission. He decided that becoming an Ambassador would dovetail perfectly with the work he was already doing. He spends lots of time meeting with people to discuss issues around equality of opportunity – and girls’ education is a natural part of those discussions. Becoming an Ambassador gave him a great platform for initiating more of those discussions. 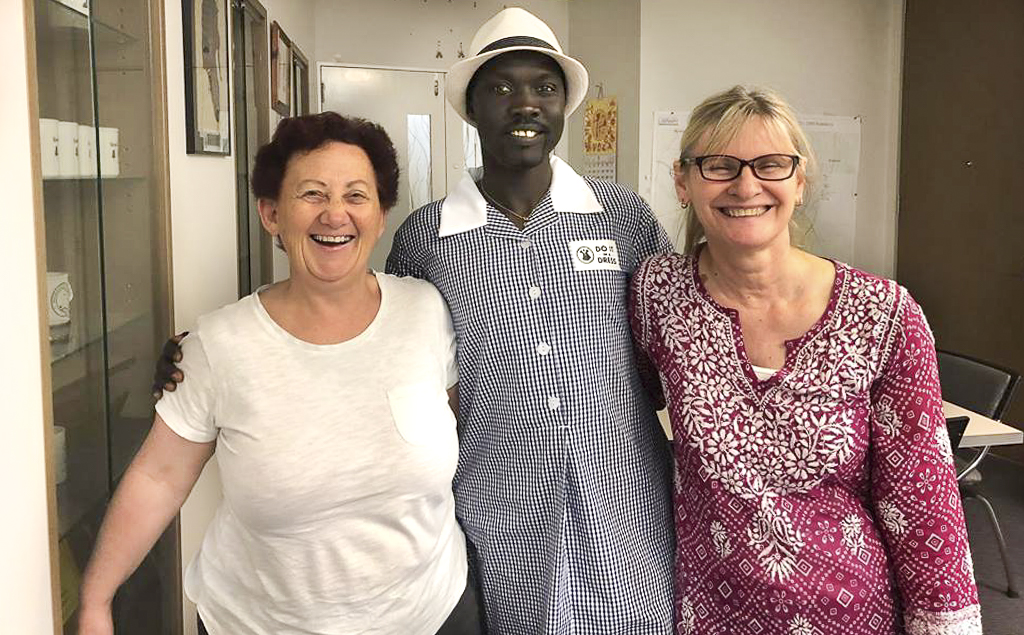 Normally he’d meet people in a business suit – but Ambassador Elijah rocked up in his school dress – even if the meeting is with the state’s Police Commissioner! “I tell them in advance I’ll being coming in a dress – and when they ask why – I tell them we’ll chat about that when I get there. I could just ask for a donation but wearing a dress gets the conversation going – it’s a really good way to raise awareness.” Watching Dad head out the door in a school dress initially caused a few giggles from his older kids, but Elijah explained how wearing his dress was helping him talk to people about making sure everyone has the same opportunity – especially to go to school. “I have two daughters and I want them to have exactly the same opportunities as my sons. They might not completely understand right now, but when they’re older and see the photos they will see their Dad in a school dress and know why I was doing it.” Nobody could achieve what Elijah has without incredible drive and passion. When we asked him if he had any tips for others, he explained that if you want people to engage with what you have to say, it’s super important to explain why that cause is important and why you care. “It’s all about explaining why!” Clearly a charismatic leader, talking passionately about a cause he lives and breathes, in a school dress, is a powerful combination! Elijah went on to win the 2019 Queensland Local Hero in the Australian of the Year Awards (deservedly so!). 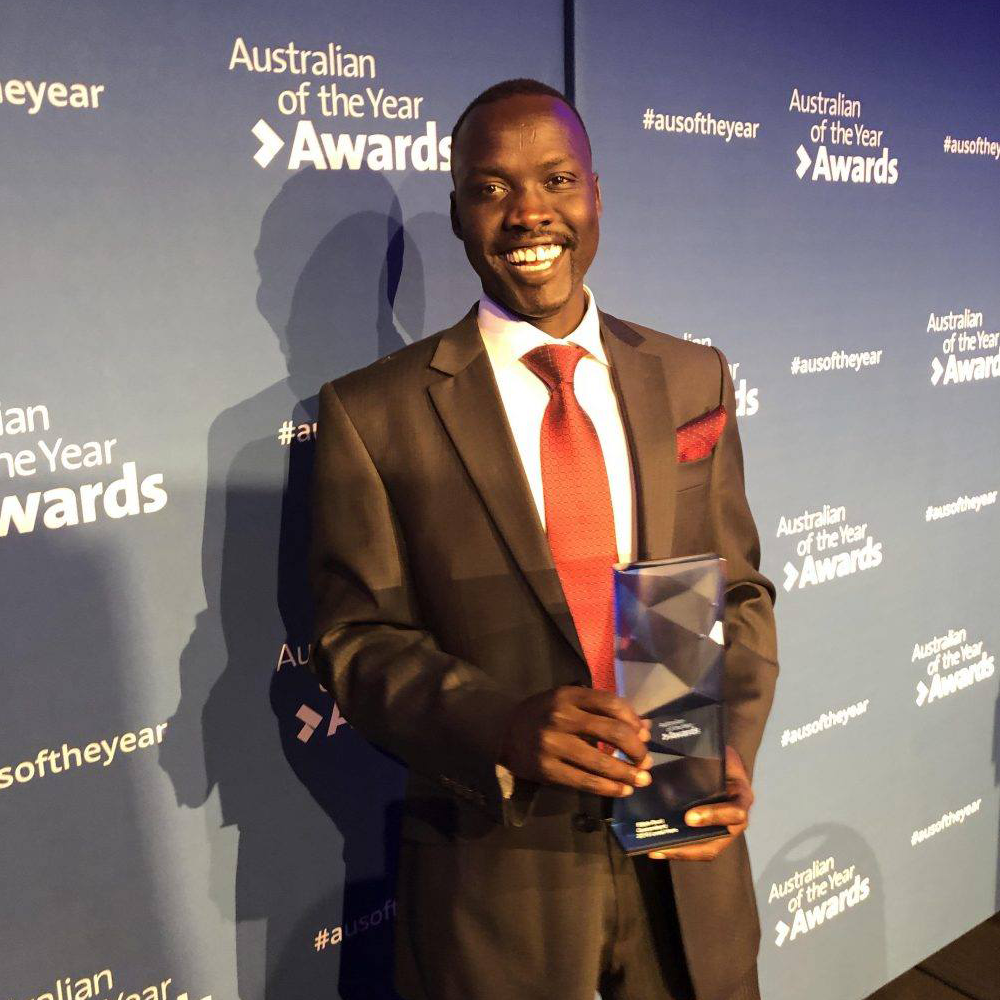 We were so proud to have joined forces with this inspirational leader! Photos: supplied.